Yes, Mediterranean food provides a healthy halo. But a growing number of fast-casual brands are showcasing the cuisine’s flavorful characteristics, too.

It seems Mediterranean cuisine is open to various interpretations.

For some, it’s simply food from all those nations abutting the Mediterranean Sea, including southern Europe, northern Africa, and southwest Asia. Others see the cuisine as being characterized by those ingredients fitting into the Mediterranean Diet, which showcases vegetables and olive oil.

More than a few chefs and operators view Mediterranean fare with an almost Zen-like approach, wherein the food is a sense of being.

“Mediterranean food is a lifestyle,” says Mehdi Zarhoul, owner and head chef at Crazy Pita Rotisserie and Grill in Las Vegas. “It is a way of eating.”
Ted Xenohristos, founding partner of Washington, D.C.–based Cava, says the trend has been growing for some time.

“Mediterranean food is a lifestyle, is a healthier way of eating”

“Mediterranean is a healthier way of eating,” he says. “People for a long time thought healthy food meant no flavor. We wanted to portray that we could provide bold flavors.”

The concept of Mediterranean food has changed over the past two decades. When Zarhoul moved to America, Mediterranean food was considered by Americans as mostly Italian. “[They saw it as] pasta and lasagna and fettuccini,” he says. “Now, it is more about the entire region.”

Some ingredients are common throughout the Mediterranean, most notably olive oil, but also lemons, wheat, chickpeas, grapes, and even non-native tomatoes. The terms may differ—meat cooked on a vertical rotisserie is a gyro in Greece, shawarma in the Levant, and doner kebab in Turkey—but there are definite similarities.

“There are so many common threads with the dishes from these countries,” says Maria Pourteymour, cofounder and chief cuisine officer of the nearly three-dozen-unit Luna Grill, based in San Diego. “Borders do not define foods in the way they are prepared.”

In many ways, the regions “all blend together,” adds Bill Thanoukos, owner of Chicago-based Greek Kitchen. Still, “some foods are distinct,” whether it’s grape leaves from Greece or hummus from Lebanon, he adds.

While not all Mediterranean food may be considered better for you—falafel is fried, after all—the light, flavorful ingredients from this region, echoed in the Mediterranean Diet, include plenty of vegetables, fruits, beans, grains, fish, white meat, and dairy.

“Most Americans are not on a specific diet, but more focused on healthy attributes,” says Jennifer Aranas, senior project director at market research firm Datassential. “Mediterranean is one of those cuisines that promotes health and lower fat.”

That’s allowed a health halo to form around the term Mediterranean, which is an easy way to describe many factors in one word, she says. “It can mean a lot of things and give you a lot of leeway in describing your menu, as opposed to just one country.”

According to Datassential, the word Mediterranean is found on 24 percent of fast-casual and 13 percent of quick-service menus.

When Americans think about Mediterranean food, Greece is often the country they’re contemplating. Greek menu mentions grew 13 percent in the last decade, and the term is on 32 percent of fast-casual and 25 percent of quick-service menus, mostly for Greek salads. Tzatziki sauce mentions have jumped 41 percent at quick serves since 2013.

And when operators of traditional American restaurants add a Mediterranean item to their menu, as many have done, it almost always has a Greek bent, with ingredients like feta cheese, kalamata olives, orzo, tzatziki sauce, and chopped cucumbers and tomatoes.

Ingredients from the Levant (the region at the eastern end of the Mediterranean, including countries like Lebanon, Israel, and Egypt) also have been gaining in popularity. Shawarma menu mentions are up 56 percent at limited-service restaurants in the past four years, while falafel is up 38 percent and hummus “continues to see growth,” Aranas says.

At San Francisco’s Souvla, the emphasis is on Grecian-style food, as one might expect from the three-unit operation’s name, which is Greek for a skewer or spit.

Most of Souvla’s ingredients are either local or from Greece, says founder and chief executive Charles Bililies. “We never say it is authentic, but it is rooted in Greek cuisine,” he says. The food is influenced by casual souvlaki eateries found across Greece.

At Souvla, the three meat selections—locally raised pork, chicken, and lamb—are whole-muscle cuts cooked on a rotisserie. “They are not your typical mystery cone-type meats,” Bililies says, noting the spit often associated with gyros. The meats (or a vegetarian roasted white sweet potato) are served in a pita or on a seasonal salad, both with Greek yogurt sauces.

Almost all of the beverages at Souvla—soda, beer, and wine among them—are from Greece, and the dessert is frozen Greek yogurt. But there are some exceptions, such as the Moroccan harissa that is part of the sauce for the lamb entrées, which are also topped with cucumbers, radishes, pickled red onions, and feta.

While Souvla doesn’t serve hummus—“That is not a Greek product, so that is a good reference point for our menu,” Bililies says—many other largely Greek restaurant operations do make that nod to other parts of the sunny region.

“Greece is at the heart of the Mediterranean, but there are influences from east and west,” says Greek Kitchen’s Thanoukos. While hummus and falafel are from the Levant, they’re made with chickpeas, or revithia in Greece, where they’ve been grown for centuries.

Greek Kitchen serves its entrées as a hand-stretched pita sandwich, a salad, or as a plate with rice or orzo and a pita. The fillings include hand-stacked and spit-fired chicken, steak, or lamb and beef; chicken kebabs; and home-made falafel. Spanakopita, a Greek spinach and feta pie, is available in a plate only.

The entrées come with a choice of four sauces and nine toppings, ranging from kalamata olives and crumbled feta to hummus and baba ghanoush, an eggplant spread that is also common in Greece, Thanoukos says. The tzatziki sauce is his father’s recipe.

The Greek salad option is particularly popular, the owner says. Other Greek items on the menu include dolmades—grape leaves stuffed with rice, onions, olive oil, mint, and dill—Greek egg-lemon soup, and baklava.

Luna Grill features a combination of Mediterranean styles, Pourteymour says. While her heritage is Greek, her husband, Sean—Luna Grill’s CEO—is Iranian. That’s why the menu will have both Greek pitas and Persian lavash wraps, along with Greek salads and traditional Persian beef kebabs.

“I cleaned up the recipes so they are not so full of oil or certain additives,” she says. “We like to do simply light grilled, and recipes for today’s age.”

Two salads are among the most popular items: the Greek salad with a lettuce medley, feta, Greek olives, tomato, cucumber, red onions, and pepperoncini, and the Mediterranean chicken salad with greens, chopped chicken, couscous, tomatoes, cucumbers, mint, Italian parsley, green onions, and feta. Both use a house vinaigrette.

In addition to salads and wraps, Luna Grill features plates offering a wide range of meat or fish options, along with a house salad, basmati rice, and more. Sides include hummus, falafel, and Spicy Feta, which is a blend of crumbled feta, tomatoes, and spices. There’s also the tabbouleh, made with quinoa, not bulgur, a nod toward “adding healthy ingredients from around the world,” Pourteymour says.

Cava’s roots are Greek, but the restaurants have an eastern Mediterranean bent due to some of Xenohristos’ family coming from Cyprus, near the Levant.

“It’s always been, even with the first restaurant, about the simplicity of Mediterranean cuisine—the quality of the olive oils, fruits, vegetables, how we braise our meat, how the meat is raised, and amazing salt from the ocean,” Xenohristos says.

His mother often prepared elaborate dinners, and he would mix all of the food together. As a result, Cava features bowls, initially with saffron basmati rice or salad as a base and later adding lentils and brown rice as options. It also serves pitas and mini pitas.

As guests build their meals, they add one of six spreads or dips, including tzatziki, hummus, harissa, and Crazy Feta, which is a jalapeño-infused feta mousse. There are seven proteins—such as the popular spicy lamb meatballs, chicken, and falafel—and 14 toppings, from traditional feta and kalamata olives to quinoa and house-made pickled onions and banana peppers.

Tastes of Morocco are at the heart of Crazy Pita. “What is unique about this food is the flavors and the spices we use, and the colors of the dishes,” Zarhoul says. “When I serve a chicken skewer, it is served just like back home with harissa, which is hot and sweet.”

He uses only a handful of main spices, including cumin, paprika, turmeric, and cinnamon, along with simple salt and pepper. The chicken is marinated with these spices overnight and put on a rotisserie. This and other proteins, including various skewered meats and seafood or grilled vegetables, are served on pitas (the Greek term is used because it is so well known), salads, plates, or, more recently, in bowls.

The chicken plate that features couscous, a dish that also originated in North Africa, is the most popular dish.

The flavor profile at Yalla Mediterranean, based in Pleasant Hill, California, leans toward Lebanese, but “there are influences from across the Mediterranean,” says Dave Wolfgram, president and chief executive. “We call out the countries on our menu.”

The seven-unit chain features build-your-own wraps, salads, and plates. The most popular protein is the chicken shawarma, using slow-roasted chicken thighs with Lebanese spices, sliced and seared on a flattop grill. “Slow roasting allows the spices to sink in and renders off the fat,” Wolfgram says. “It gets caramelized when it sears off.”

The grilled chicken has a Greek influence, with fresh herbs and spices like it’s served from a food cart in the Greek capital of Athens. The kefta uses Turkish spices. Sides include a Greek potato salad, Turkish slaw, and Moroccan carrot salad. The wrap bases are named for their ingredient influences: Greek, Jerusalem, Moroccan, and Lebanese. The common ingredient is olive oil.

“Our menu wouldn’t exist without it,” Wolfgram says. “It’s prevalent in all our salads, side dishes, and marinades, and part of what makes our menu so healthy.”

One of the earliest build-your-own Mediterranean concepts, Garbanzo Mediterranean Fresh, also features flavors from across the region.

“We use a lot of spices and hand-marinated blends,” says chief executive James Park. “There’s a lot of cooking involved, rather than just assembly. All our meats are marinated over 24 hours.” The pitas and laffas are baked fresh every day. In addition to pitas, salads and plates are serving options.

The proteins range from chicken and steak—either grilled or as kebabs—to vegetarian falafel and portobello mushrooms. Toppings include both regular and seasonal hummus, tabbouleh, baba ghanoush, and Greek-style tomato-cucumber salad. The sauces lean toward Greek, with tzatziki and feta, but also include others like tahini.

The top-selling protein is falafel, followed by chicken. But there’s not just one type of falafel. Garbanzo introduced three new falafels—sweet potato, red curry, and jalapeño—last year and two more this year: curry and buffalo. The latter was chosen by a customer vote.

“Falafels are very important to us,” Park says. “We even give a free falafel for people when they walk in our restaurants.”

“It’s always been, even with the first restaurant, about the simplicity of Mediterranean cuisine—the quality of the olive oils, fruits, vegetables, how we braise our meat, how the meat is raised, and amazing salt from the ocean,” 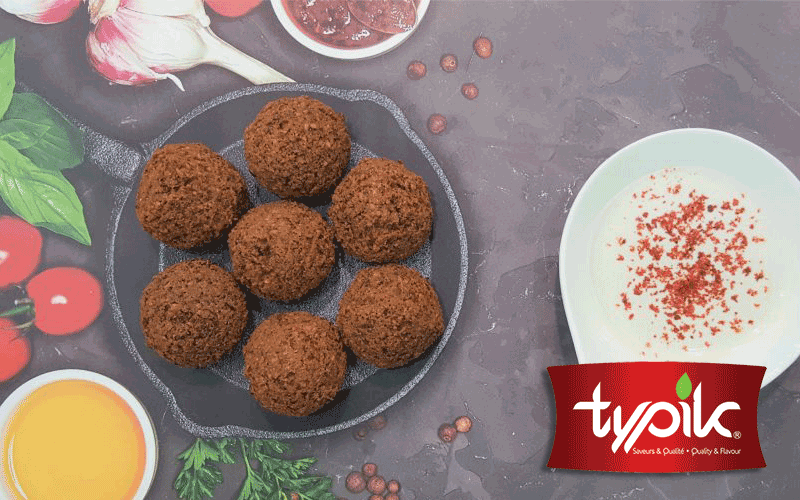 9 Health Benefits of Falafel: did you know that? Gallery

9 Health Benefits of Falafel: did you know that? 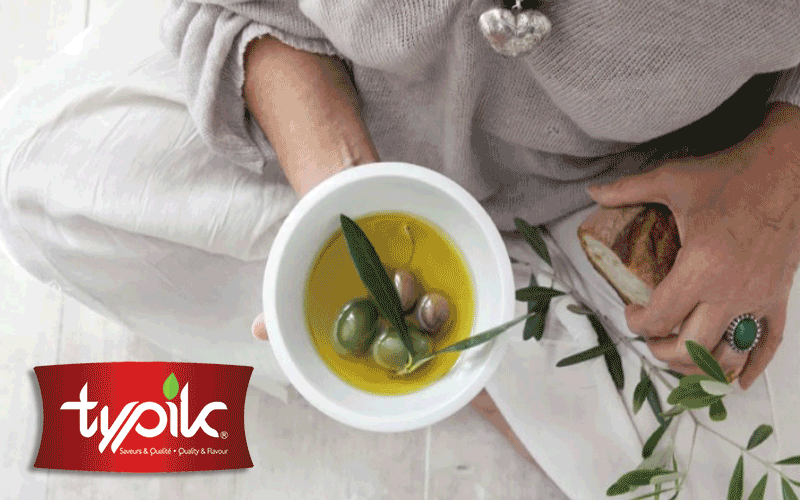 Why Extra Virgin Olive Oil Is the Healthiest Fat on Earth